The Ketogenic Diet (Keto) is a high fat, adequate protein, very low carbohydrate diet that was originally created in the early 20th century to treat epilepsy. Extreme carbohydrate restriction compels the body to burn fats rather than carbohydrates.
Carbs get broken down into glucose for the body to use as fuel. When fat is broken down it creates ketone bodies, which are burned for fuel. Elevated levels of ketones and reduced levels of glucose reduce the frequency and intensity of epileptic seizures. Variations of this diet have been used successfully for over 100 years.

Current studies are showing that increased ketones and lowered glucose are having additional benefits on brain health, including supporting cognition and memory, as well as on neurological conditions such as Parkinson’s Disease and even dementia.

When a person is successfully burning ketones rather than glucose as their primary source of fuel, they are in a state of ketosis. Not to be mistaken with “ketoacidosis” which is a dangerous condition that can affect severe diabetics. It is a completely different thing from nutritional “ketosis.”
From a metabolic standpoint, carbohydrates burn very quickly and must constantly be replenished, much like kindling in a fire. But, ketones are burned slowly and for much longer like a big log in a fire, which is why people who are burning ketones report a lack of appetite while energy levels stay steady throughout the day.

Since we carry fat fuel around with us, our bodies will tap into our own reserves once sufficiently adapted to burning ketones rather than a steady influx of carbs. This often results in significant weight loss, which is why this medical diet has become trendy over the past couple of decades.
Any glucose requirements your body has are easily achieved through gluconeogenesis, where your liver can literally create glucose out of protein or fat when necessary. That’s why there is no such thing as an “essential” carbohydrate. Your body can create them without ingesting them.

This article was originally published as Specialty Diets in the Spring 2018 issue of News In Natural. Read it and more at LifeSourceNaturalFoods.com/magazine 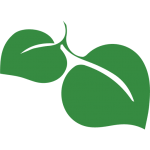